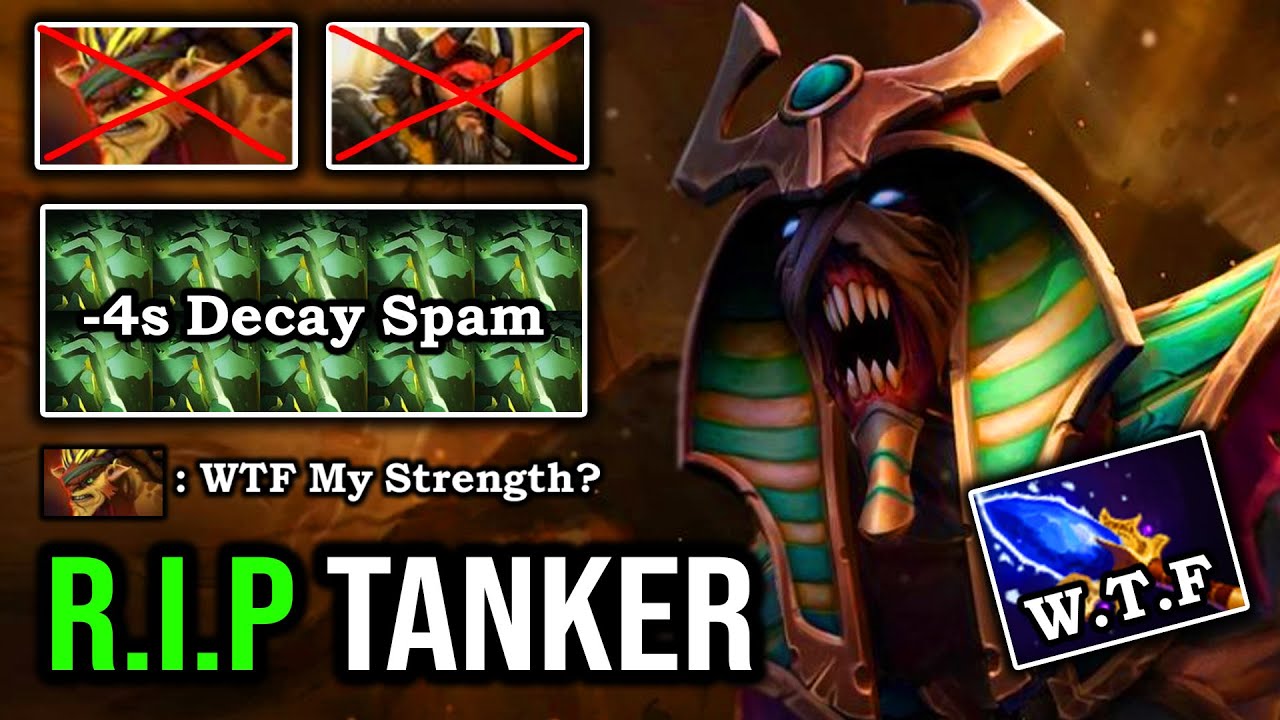 ► This Video Shows: How to Make Bristleback Look Like a Creep with -4 Seconds Decay Strength Destroying IMBA Offlane Undying.

► I include in the video all information you need such as item build, skill build, how to play, map awareness and every single details you should know to be a better player in DotA…
I also changed the terrain of the game to make it looks better!
Dota 2 has 119 heroes, it’s not easy to learn, so be sure to focus every move in this video.
Quality education videos that you can only find on my Channel.

► What Do I Record and Edit Video with ? I Record with OBS Studio and edit the video with Premier, Resolve, Sony Vegas Pro 15, Adobe After Effect and of course Thumbnail with Photoshop.
I Spend a lot of Time to Edit, so You Better Like This Video 🙂

»»Every Details About the Hero in This Tutorial

►Hero: Undying, the Almighty Dirge, is a melee strength hero who serves as a formidable tank and a dangerous spellcaster. His abilities force opponents to either kill him or suffer powerful debuffs in a teamfight. Decay is a spammable ability that steals enemies’ Strength in an area, making them more fragile and Undying himself more durable as the fight goes on while also being exceptionally potent during the early laning phase, leaving your opponents with mere scraps of health. Soul Rip can act as both a powerful heal or nuke, redirecting the flow of living energy to a target. By ripping some of the health of his ally or enemy in an area, the target can be healed if an ally, or damaged if an enemy. This is empowered by Tombstone, which acts as a static tank by summoning zombies to slow Undying’s foes while active. With the zombies summoned, Soul Rip can perform to its fullest, while Decay weakens Undying’s foes. Finally, Undying can transform into a horrific Flesh Golem. This transformation deals constant damage to nearby enemies during teamfights, and increases his survivability to ensure maximum effectiveness in prolonged fights. Monstrous and truly horrifying, Undying finds great pleasure in keeping himself alive and vital, while his adversaries suffer as he delivers death to the field. With powerful abilities that allow him to perform well in large fights, the Dirge may never cease.